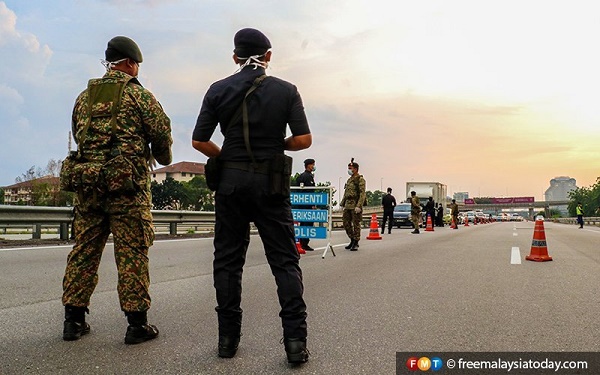 PETALING JAYA: The movement control order (MCO), scheduled to end on Feb 4, will be extended by 14 more days to Feb 18, the government announced today.

“It is a bit different from MCO 1.0 where there was a total lockdown. This time, there is a relaxation for the micro economy,” he said, adding that the number of cases was still high.

He said the decision was made by the National Security Council (MKN) which looks at laws, workers’ quarters, aggressive contact tracing, national immunisation programme, among others, to fight the Covid-19 pandemic.

The nation has recently seen a spike in Covid-19 cases, with a record high of 5,728 new cases reported on Jan 30.

Ismail said the public was still barred from crossing to other states during this MCO period.

“Many have asked me why we do not allow intercity travel. I would like to inform you that every decision we take was based on the health ministry’s statistics.

“There are 31 clusters that have contributed to the increase in Covid-19 cases since we allowed travelling to other states,” he added.

Meanwhile, the minister also said that MKN had received various applications from businesses, pleading the government to allow them to operate during the MCO period.

“MKN will call a meeting with the health ministry and various agencies to look into each of the applications.

“I would like to stress we will not reject without basis,” Ismail said, adding that among the applications the government received were from car wash operators and saloon owners.

On standard operating procedures (SOPs) for Chinese New Year which falls on Feb 12, he said they would be announced soon.

“The health ministry and MKN will discuss the SOPs,” he added.

On increasing compounds and fines for those who breach Covid-19 SOPs, Ismail said the Attorney-General’s Chambers was preparing a draft on the matter, and a decision would be announced soon.

He was referring to earlier reports that the government was looking at increasing fines and compounds for companies which breach SOPs, causing workplace clusters.

The minister also urged the rakyat to come forward to lodge complaints against anyone who breaches the SOPs as it will help police take action on them.