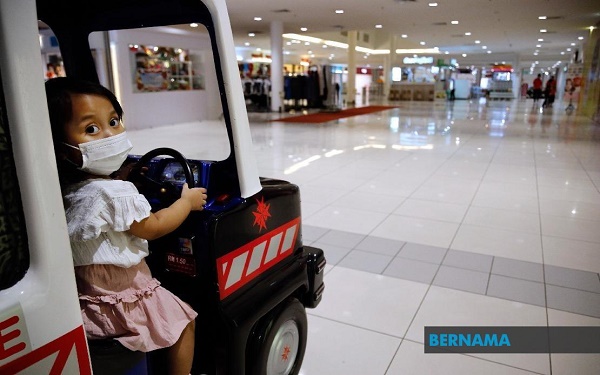 PUTRAJAYA: The health ministry has warned that the country may see a four-digit spike in daily cases by the end of the month if Malaysia’s rate of infection (R0, pronounced R-naught) does not decrease.

An R0 value is used to calculate how fast the Covid-19 virus is spreading.

At a press conference today, health director-general Dr Noor Hisham Abdullah said the country’s current R0 value of 1.5 must be brought down further.

“That is not good enough. If the situation remains at 1.5, it would mean that by Oct 31 we may get four-digits in daily cases recorded,” he said.

Noor Hisham said the ministry hoped to bring the infection rate value to below 1.0 by increasing public health intervention like they did in Kedah in managing the Sivagangga cluster.

He added that the ministry had mobilised 796 healthcare staff to Sabah and received over 5,000 applications from volunteers so far.

“We have shortlisted about 300 of them. We are going to interview them and make sure we can continue this process for the long term, maybe two to three months in Sabah.”

He also urged the public to play their part by staying at home, adding that doing so could successfully help in curbing the spread of the virus and bring down the infection rate.

Yesterday, Noor Hisham had announced that the R0 value during the beginning of the  third wave on Sept 20 was 2.2, but had dropped to 1.5 within four weeks.

He said the decline in the infection rate showed that the ministry’s efforts in combating the virus had proven effective.

He also reminded that the country is still under the recovery movement control order (RMCO) until Dec 31 and warned the public to stop being complacent as failure to abide by Covid-19 preventive measures could have dire consequences.