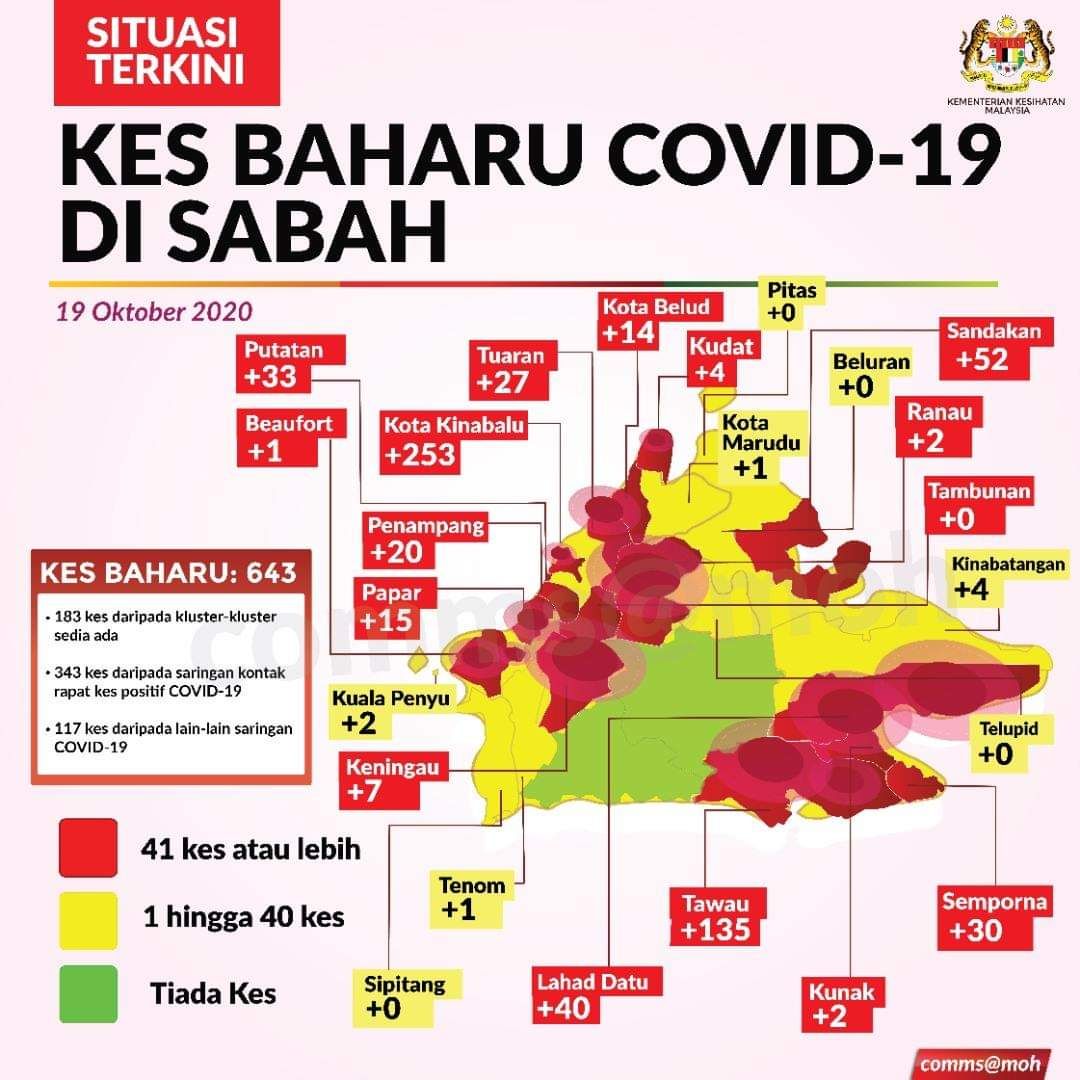 KOTA KINABALU: The Benteng LD cluster of Covid-19 that originated in Lahad Datu and spread to other east coast districts has reached the west coast, data from the Ministry of Health showed.

The biggest cluster in Sabah had started in a Lahad Datu police station lockup before spreading to Tawau, Kinabatangan and Sandakan.

However, on Oct 16, data from the ministry began showing the cluster had spread to Tuaran, a west coast district, with nine new cases in the cluster that day.

The ministry did not explain how the cluster reached Tuaran despite the inter-district travel ban and with how many cases.

The latest data from the ministry today showed the cluster had grown by 15 cases to a total of 1,065 cases, but no detail was given as to how many of them were in Tuaran, which has been steadily recording double-digit daily cases and 27 today.

Kota Kinabalu had most of the cases and registered its highest daily cases yet at 253 today.