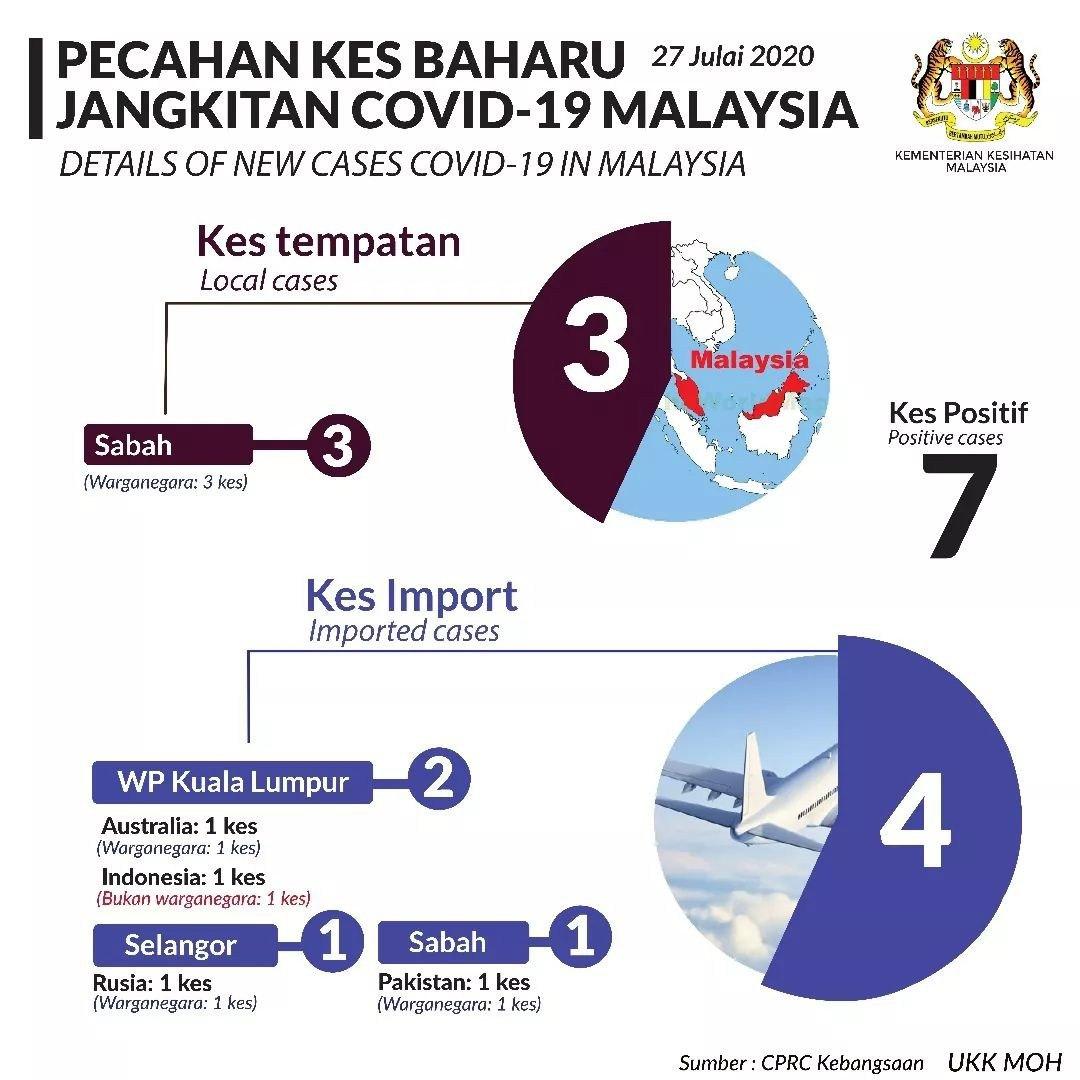 Sabah's new patients were part of seven new cases announced nationwide, with the others being two cases imported from Australia and Indonesia in Kuala Lumpur and one case from Russia in Selangor.