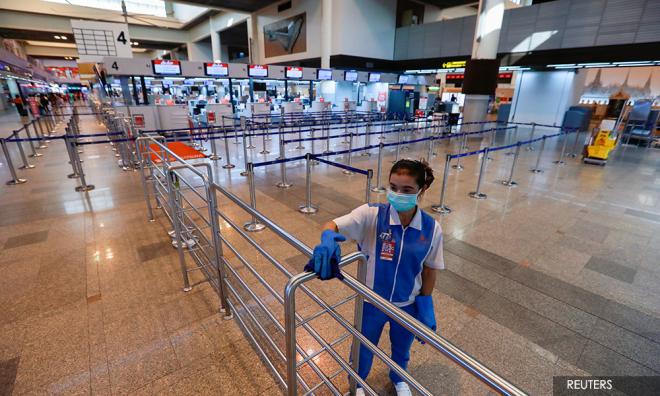 CORONAVIRUS |Thai officials played down the possibility of "super spreading" of the coronavirus today as they reported a group of friends were responsible for the biggest daily rise in the country's cases since the outbreak began.

Officials reported 11 new cases, taking the national tally to 70. One person has died.

The new patients are a group of friends who appeared to pass the virus to each other after one of their number was first infected by a tourist who has since returned to Hong Kong, officials said.

The male and female friends, all Thai nationals aged in their 20s and 30s, socialised and shared drinks and cigarettes on two occasions late last month.

"The first patient was infected from a tourist from a dangerous communicable disease area," Suwannachai Wattanayingcharoenchai, director-general of the Disease Control Department, told reporters.

"After that, the person had two social activities with close friends."

Officials stressed the foreign source of the group infection and announced they were stepping up travel restrictions for visitors from a list of "designated dangerous communicable disease areas" announced last week. Those include South Korea, China, Macao, Hong Kong, Italy and Iran.

"Visitors from the six places will need to present medical certificates before they can obtain boarding passes. They must be prepared for a full state quarantine when they arrive," said Sukhum Kanchanapimai, the health ministry's permanent secretary.

It was not immediately clear where the state quarantine will take place or when it will begin.

Tourism-reliant Thailand had previously said on Wednesday that it was temporarily suspending the issuance of visas on arrival and visa waivers to visitors from 22 countries and territories, including China. — Reuters

Source: Malaysia Kini
Back to News
Share
© 2021 SabahOutbreak.com · We Care