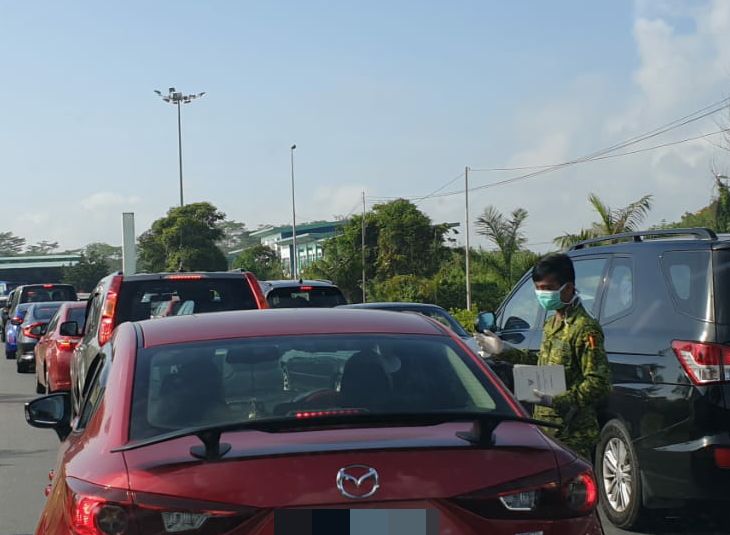 MIRI: A 53-year old Brunei man, who went to a mosque gathering in Seri Petaling, Kuala Lumpur and was in Miri for a shopping spree, has been found to have been infected with Covid-19.

Brunei's health authorities have issued a statement saying they were investigating the current health status of Bruneians who journeyed with the man during this time.

The statement said the man went to the mosque gathering at Masjid Seri Petaling, then flew back to Miri Airport via a flight on March 3.

He then went across the Miri border back to Brunei by land via the Sungai Tujuh immigration checkpoint, 35km north of Miri city.

Then on Mar 6, he travelled again by land to Miri and went on a shopping spree.

The Sarawak State Disaster Relief Committee, in a separate notice, said it was trying to trace those passengers who were seated near the man during the KLIA-Miri Air Asia flight on March 3.

The committee is also trying to find out how many Sarawakians had also gone to the Seri Petaling mosque gathering where the Bruneian man was present.

Those Sarawakians who had attended that mosque event have been urged to immediately report themselves to the nearest government hospital or clinic.

They can also contact the Sarawak Health Department via a hotline. The hotline number is 082-443248 and is managed by the department's Crisis Preparedness and Response Centre in Kuching.

The state Disaster Relief Management Committee secretariat said any suspected Covid-19 case must be immediately referred to the Crisis Preparedness and Response Centre of the State Health Department via the hotline.

Sarawak has banned entry of visitors from China, Italy, Iran and South Korea where the Covid-19 have caused surged.

There is no decision yet on stopping Bruneians crossing into Sarawak despite the sultanate confirming there are positive and suspected Covid-19 cases.

An average of 30,000 visitors reported travel daily from Brunei into Miri for shopping, food and entertainment.

The number can surge daily beyond 40,000 on Friday, Saturday and Sunday.