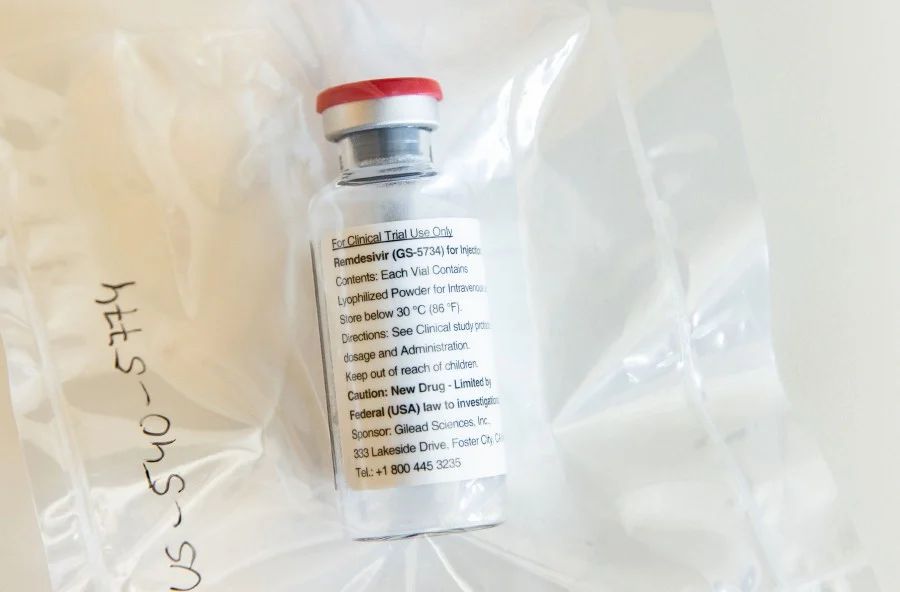 In this file photo one vial of the drug Remdesivir is seen during a press conference about the start of a study with the Ebola drug Remdesivir in particularly severely ill patients at the University Hospital Eppendorf (UKE) in Hamburg, northern Germany on April 8, 2020, amidst the new coronavirus COVID-19 pandemic. - AFP

A draft summary went online briefly on the website of the World Health Organisation (WHO) and was first reported by the Financial Times and Stat, which posted a screenshot.

But Gilead Sciences, the company behind the medicine, disputed how the now-deleted post had characterised the findings, saying the data showed a "potential benefit."

The summary said the Chinese trial involved 237 patients, with 158 on the drug and 79 in a control group. Remdesivir was stopped early in 18 patients because of side effects.

The authors said Remdesivir was "not associated with a difference in time to clinical improvement" compared to the control.

After a month, 13.9 per cent of the patients on Remdesivir had died compared to 12.8 per cent of those in the control group. The difference is not statistically significant.

The WHO told the Financial Times that the draft is undergoing peer review and was published early in error.

A spokesman for Gilead told AFP: "We believe the post included inappropriate characterisations of the study," saying it was terminated early due to low enrollment and was therefore not statistically meaningful.

"As such, the study results are inconclusive, though trends in the data suggest a potential benefit for Remdesivir, particularly among patients treated early in disease," the spokesman added.

The study does not represent the final word on the matter, and there are several large-scale trials in advanced stages that should soon provide a clearer picture.

Remdesivir, which is administered intravenously, was among the first drugs suggested as a treatment for the novel coronavirus and as such has great hopes riding on it.

Stephen Evans, a professor of pharmacoepidemiology at the London School of Hygiene & Tropical Medicine, who was not involved in the research, said "the trial was too small in numbers recruited" to detect either benefit or risk.

But he added: "If the drug only works well when given very early after infection, it may be much less useful in practice."

Last week, Stat reported it had shown significant efficacy at a Chicago hospital where patients who are part of one of the major trials are being treated.

The US National Institutes for Health also reported it had proven effective in a small experiment on monkeys.

Remdesivir, which previously failed in trials against Ebola, belongs to a class of drugs that act on the virus directly – as opposed to controlling the abnormal and often lethal autoimmune response it causes.

It mimics one of the four building blocks of RNA and DNA and gets absorbed into the virus's genome, which in turn stops the pathogen from replicating.

The antimalarial drugs hydroxychloroquine and chloroquine are also being widely used on Covid-19 on a so-called "compassionate basis" pending results from large trials, with early studies decidedly mixed.