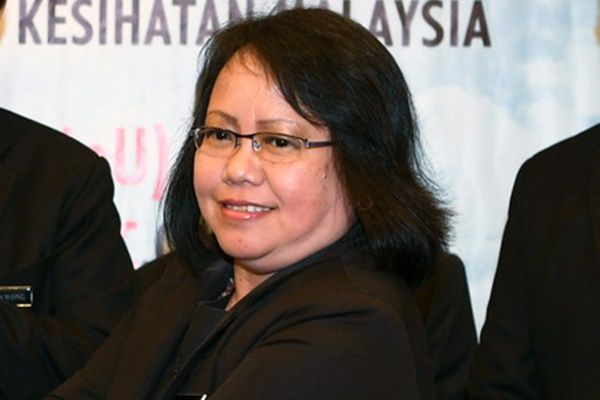 KOTA KINABALU: Dengue fever cases in Sabah are at an alarmingly high level with 1,432 cases, involving seven deaths from Jan to Feb 26.

The number rose by 327 cases or 29.6 per cent compared to the same period last year which recorded 1,105 cases with nine deaths.

“Dengue cases in Semporna have increased four folds. Based on the 1,432 cases of dengue fever with seven deaths, it’s alarming.

“Every stakeholder, including department heads, needs to keep government quarters and school premises clean and not turn into a breeding ground for Aedes mosquitoes,”

She said this during the Heads of State Departments and Federal Statutory Bodies in Sabah meeting, here, Thursday.

She said JKNS closely monitors dengue fever cases in the State, not only in the aspect of controlling the breeding of Aedes mosquitoes, but also through combating campaigns, especially in areas where dengue fever was identified.

On the development of the polio virus, Dr Christina said many parents in Sabah did not bring their children under the age of 13 for polio vaccination.

She said JKNS had been conducting the Sabah Polio Immunisation Campaign since December last year which also involve non-citizen children as a means of controlling and preventing polio outbreaks in the state.

“The additional immunisation, where one dose of polio vaccine is given by mouth drops, will also be provided to children who have received polio immunisation when they were little,” she said.

She added to date, three polio patients were detected in Sabah since December last year including a three-month-old baby in Tuaran, an 11-year-old in Kinabatangan and an eight-year-old in Sandakan.